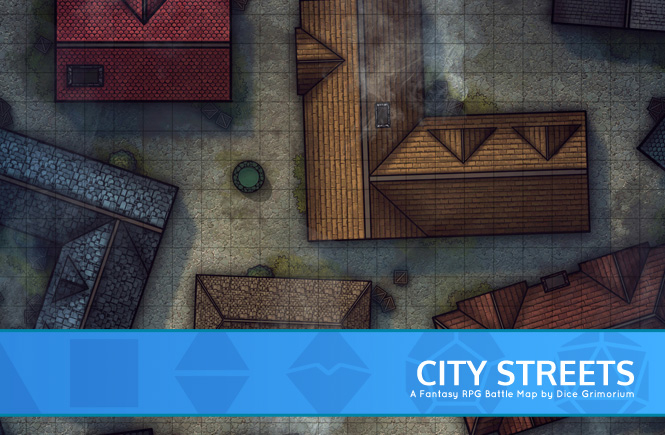 Are you ready to take the battle to the streets? I have the map just for that!

You can use this when the party has accepted to retrieve the belongings of an old gnome mage who is currently living in the local inn. It would seem that giant spiders have gotten comfy inside her house and she wants a very specific bottle of wine from her cellar. It’s a very fine wine, you see.

But the spiders have proven to be too many, overwhelming the adventurers. Scared for their lives they run outside to the streets, hoping the spiders will stay inside. The spiders, though, knock the door down and follow them wherever they go for a chance to eat tasty adventurer meat.

Now on the streets, the group devises a plan to catch the pests making use of the cover the buildings provide and the possibility of attacking from the roofs. 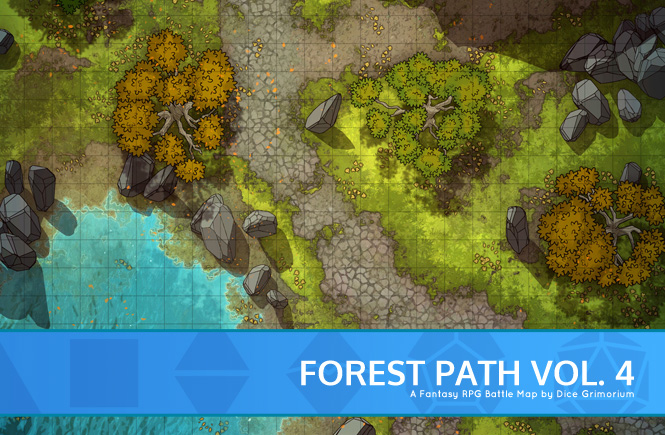 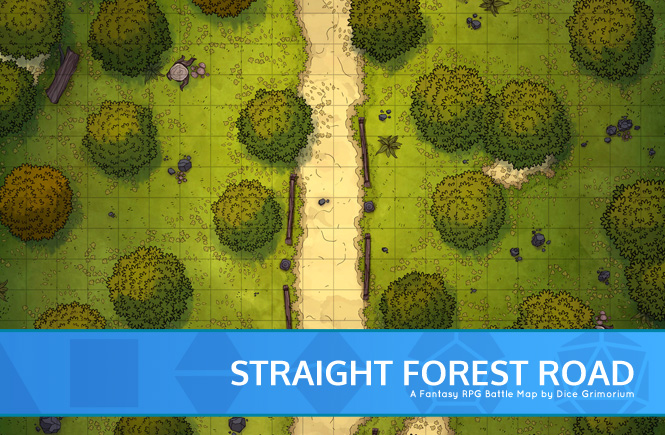 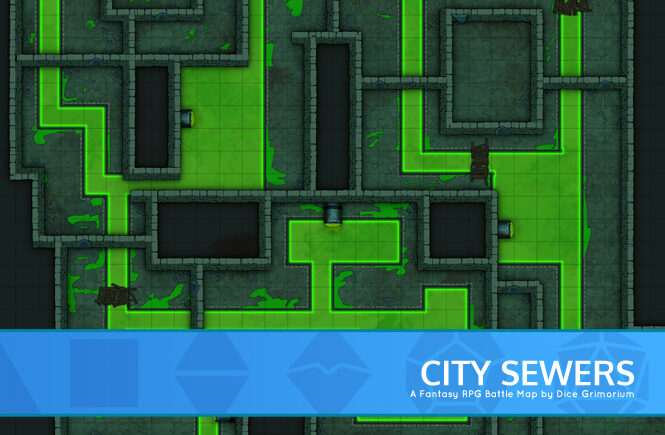