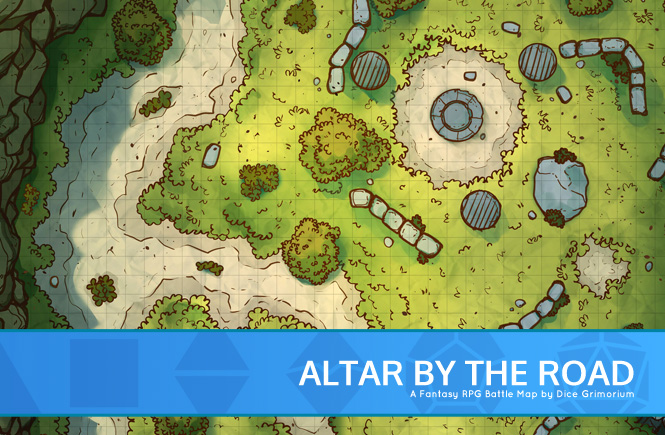 For this next map I wanted to make something more open and with flatter terrain, so I settled on a small altar (shrine?) that’s next to a road. Instead of playing with elevations I went ahead and added some ruined walls and pillars that can serve as cover for the battle.

The walls might be the remnants of a structure dedicated to the one of the gods a long time ago, but now only the old ruins remain.

The walls should come in handy for cover for both the party and their enemies. 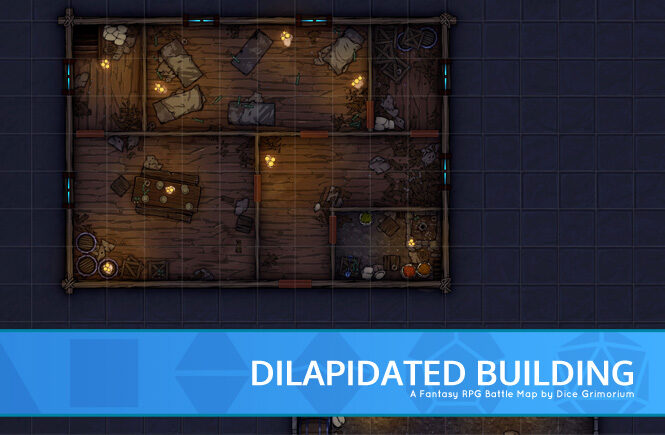 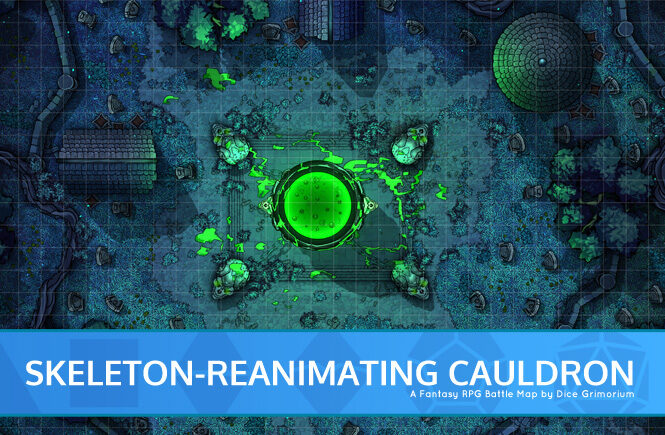